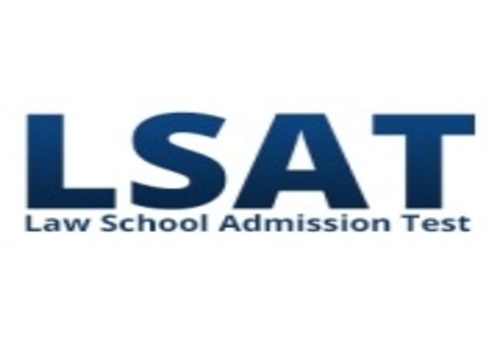 The Law School Admission Council (LSAC) conducts Law School Admission Test (LSAT) for the admissions to Law Schools in Canada, USA and a few other countries. Candidates who are interested in pursuing Legal Studies in these countries must appear for LSAT 2018. The subjects included in the examination are Logical Reasoning, English Comprehension and Analytical Reasoning. LSAT is conducted 4 times a year in February, June, September/October and December respectively. Candidates are advised to take their LSAT before the Fall session. Know all about LSAT 2018 such as application / registration process, eligibility criteria, dates, admit card, syllabus, selection process, result and much more.

LSAT 2018 will be conducted for a duration of 35-minutes. Candidates will have to answer five sections of multiple-choice questions. Four of these sections contribute to the score of the candidate. These sections include Reading Comprehension, Analytical Reasoning, and Logical Reasoning sections. The unscored section, commonly referred to as the variable section, of LSAT 2018 is used to pre-test new test questions. The total duration of the Test is 3 hours 30 minutes. The score scale for LSAT 2018 ranges from 120 to 180 with 120 being the lowest to 180 being the highest score a test taker can earn.

LSAT 2018 is designed to measure skills that are considered essential for success in law school which are reading and comprehension of complex texts with accuracy and insight, organization and management of information and the ability to draw reasonable inferences from it, ability to think critically, and analysis and evaluation of the reasoning and arguments of others.

It measures a candidates ability to read, with understanding and insight, examples of lengthy and complex materials similar to those commonly encountered in law school.

This section will measure the ability to understand a structure of relationships and to draw logical conclusions about that structure.

It will assess the ability to analyse, critically evaluate, and complete arguments as they occur in ordinary language.

The candidates who wish to apply for the LSAT India 2019 exam can register themselves on the official website till May 6, 2019.

LSAT is an international level entrance examination conducted by the Law School Admission Council (LSAC), USA. The LSAT score is used by around 45 law schools to admit the students in LLB / LLM / B.A. LLB courses.

Dates and deadlines for LSAT 2018.

LSAT 2018 registration fee is $180. Candidates who wish to get their test centres or test dates changed will have to pay a fee of $ 100 respectively. Refer to fee structure below. Registration for LSAT 2018 can be done online or by phone. Click here to register for LSAT 2018

In order to be admitted to the LSAT 2018, candidates must submit two forms of identification:

The identity should be current (in case it is expired, it should not be more than 90 days of the test date) and should include:

Candidates should confirm that the first and last name listed on their government-issued ID matches the name printed on the LSAT 2018 Admission Ticket.

LSAT 2018 score is based on the number of questions answered correctly (the raw score). There is no deduction for incorrect answers, nor are individual questions on the various test sections weighted differently. Raw scores are converted to an LSAT scale that ranges from 120 to 180, with 120 being the lowest possible score and 180 the highest possible score. This is done through a statistical procedure known as equating, a method that adjusts for minor differences in difficulty between test forms.

The Score Report will contain

The LSAT 2018 Result will be emailed after the LSAT 2018 entrance exam results are announced for those candidates who hold an LSAT 2018 account. If a candidate does not have an account, then LSAC will mail the test score to the valid address within four weeks of the entrance test. The scoring range in LSAT is 120-180. The scoring process follows a statistical process called equating. The exam is based on the number of questions answered correctly.

VidyarthiMitra.org is an extensive search engine for anyone who wants precise, authentic and upto date information on everything related to education & careers various courses, schools (from primary to higher secondary) and colleges.